What you are looking for?

Xiaomi has been a tough competitor to other OEM’s in recent times, releasing different smartphones with impressive specifications. They have done it again, this time, Xiaomi has launched the first smartphone with 10GB Ram. The device is called the Xiaomi Black Shark Helo. 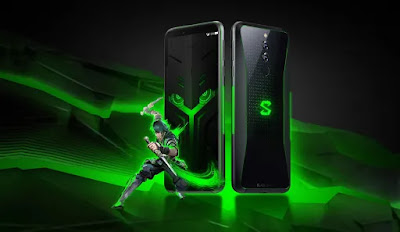 The Black Shark Helo is billed to succeed the Black Shark gaming phone released back in April this year. Both devices featured similar specs, but the difference can be found on the screen. The new Black Shark Helo swaps the LCD panel for an AMOLED one but still notch-less.

READ ALSO: Black Friday deals for 2018 are almost here, Are you ready?

The Black Shark Helo packed a 6.01 “AMOLED FHD + display with a resolution of 2.160 x 1080 pixels, 18: 9, 100% coverage of the NTSC color space, 430 nits, HDR. It’s powered by Snapdragon 845 SoC with up to 10GB RAM plus 256GB onboard storage.
It comes with two liquid cooling pipes that keep the phone cool when gaming by reducing the CPU’s core temperature by up to 12-degree, compared to 8-degree in the predecessor. In the camera department, the device is equipped with a 12MP + 20MP camera combo with the main 12MP sensor sitting behind a fast f/1.75 lens and featuring big 1.25μm pixels. The front-facing shooter comes with 20MP resolution and f/2.2 aperture. 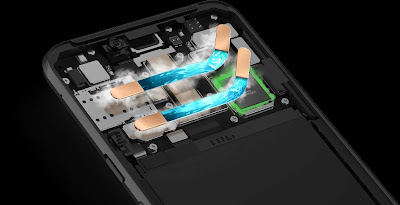 It has a dedicated two-stage SHARK key that provides immersive gaming experience. In addition to the standard detachable left gamepad like the predecessor, this has a right gamepad with a touchpad that can be controlled at the same time.
All the mindblowing specifications are powered by a 4,000 mAh battery with Quick Charge 3.0 standard support. I am yet to confirm the software version of the device, but all indications are pointing to the Android 8.1 Oreo running out of the box with Xiaomi’s MIUI 10 on top.
The 6GB Black Shark Halo will cost CNY3,199 ($460) while the 8GB alteration will sell for CNY3,499 ($505). Initially, the Black Shark Helo first be made available only in China starting November 10. The 10GB/256GB version’s price and availability are yet to be confirmed.
READ ALSO: The First 5 People To Hire For Your Tech Startup