Facebook woes continues as South Korea Telecom regulator has fined them for illegally limiting user access to its services from late 2016 to 2017.

The Korea Communications Commission said Wednesday that Facebook should pay KRW 396 million ($369,400) as a penalty for violating a law against hurting the interests of users. The regulator also recommended that the company change its terms of use stipulating it cannot guarantee the quality of its services.

The issue is unrelated to Facebook’s troubles over allegations that Trump-affiliated data-mining firm Cambridge Analytica stole data from 50 million Facebook users to influence US elections. But the social media giant has faced other complaints in Asia over access and privacy.

The South Korean flap arose after Facebook rerouted some users’ access to its services to networks in Hong Kong or the United States, instead of using domestic networks, without notifying them, the regulator said. That slowed connections for some local Facebook users, and some complained they were unable to play videos on Facebook. The KCC said connections were as much as 4.5 times slower than before for some users during evening hours.

“Facebook did not actively look into the complaints from local telecoms service providers that users are complaining about slower connections and as a result its service quality was not maintained at an appropriate level,” the KCC said in a statement. “When controversies erupted in South Korea about Facebook’s rerouting, the company restored the connections to their original state around October and November of 2017.”

The KCC said the US social media giant violated a law against limiting access or subscriptions to its services without convincing reasons.
“We are disappointed with the KCC’s decision. We strive to deliver optimal performance for all our users and will continue working with Korean internet service providers toward this goal,” Facebook said in a statement.

Facebook has gained traction in South Korea in recent years and politicians and celebrities often use it to interact with fans. More than 12 million users visit Facebook per day in South Korea, according to the KCC.

Facebook said it did not violate the law in part because its terms of use say it cannot guarantee its services will operate without delays or interference. KCC officials rejected that argument, saying the terms were unfair. It recommended the company amend its terms of use. 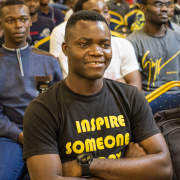 5 Things To Consider Before Buying a New Smartphone